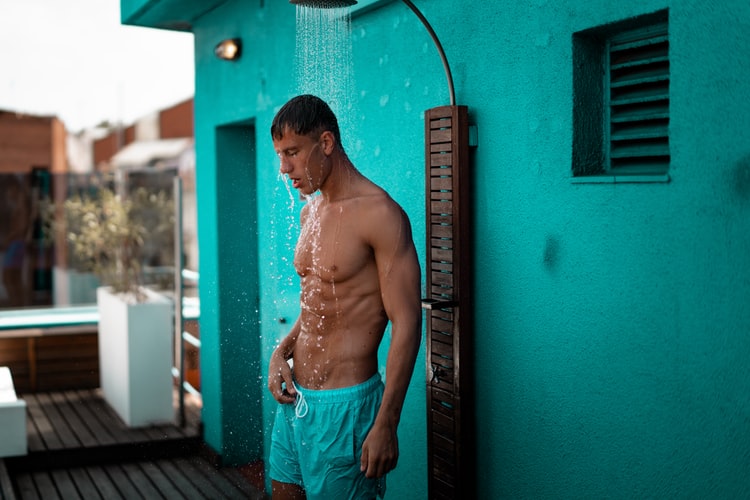 When it comes to a shower, there is nothing like the water drizzling down your body. If you live in a warmer climate, then a daily shower is not the norm, it simply isn’t enough. However, if you live in a colder country, sometimes you just don’t feel like showering every day. Either way, you may be asking yourself the questions, am I showering enough or am I showering too much? There are answers to both these questions. Let’s take a deeper look at the effects of showering too much, at the same time explain what will happen to your body if you simply don’t shower enough. So how many times should you shower? Is showering every day too much? Are there any health consequences of showering too much? How many times should I shower per week?

If you are like the two-third segment of the American population, then chances are that you shower on a daily basis. While a shower every day is considered good for your overall personal hygiene, some of us tend to not shower every day. So who is doing it right? For those of you who don’t shower every day, this may come as a surprise to you. Some dermatologists actually tend to recommend that you shower every other day, or three times a week. That being the case, for the majority segment of the population, a daily shower is the norm, and based on the level of sweat you gather throughout the day, you could see yourself showering or bathing twice or thrice a day. So is this too much showering? Are there any real health consequences to showering too often?

Consequences of Too Many Showers

When it comes to showering more than once a day, chances are you are taking too many showers. Though dermatologists recommend not showering every day, that does not mean you have to suddenly change your shower routine. This is because everyone’s bodies are different. To be more specific, everyone’s skin is different. 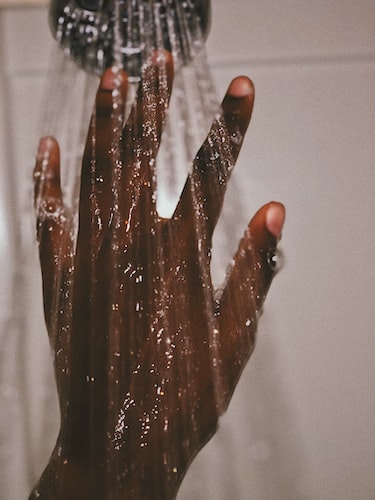 It is your skin that you should be worried about if you are showering too often. The dryness of skin changes with the seasons. During the winter months, you are prone to more dryness, while in the summer, not as much.

Hence, showering too often during the winter could increase dryness of skin, resulting in extreme dryness. However, a shower every day during the summer would actually soak your skin and keep it fresh and healthy.

There really isn’t one simple rule of thumb when it comes to showering too often. However, if you are one of those people who shower daily, then it is recommended that you stick to one shower a day; for more than one reason.

Bathing too often can lead to dryness and skin irritation. If you shower too often, you would find your skin to be more itchy and dry, which could lead to further skin conditions. It could also cause your hair to become drier. This is because, with every shower that you take, you wash away the essential oils in your skin and hair. As a result of this, your skin becomes drier leading to inflammation or eczema. There is also good bacteria in your skin, which gets washed away during the shower. Hence showering too often would be robbing you of healthy skin. The good bacteria, known as the microbiome, is important to ensure that you have a strong immune system, which in return will prevent you from fall ill through infectious microbes. 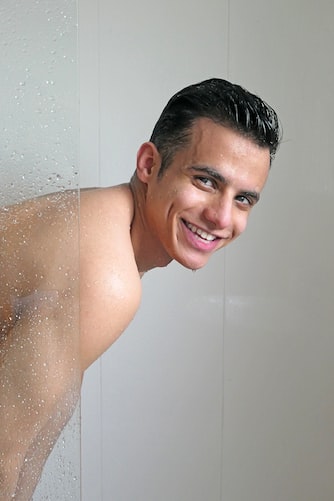 If you are environmentally conscious, then you will know that showering uses up a lot of water; and that showering less often could actually save water. But how much water can you actually save? It is estimated that an average shower uses up roughly 17.2 gallons of water. That is a whole lot of water when considering two or three showers per day. Taking shorter showers or decreasing the frequency of showers could drastically help save water.

Excessive showering will also lead you to expose your skin to more soap. Further to this, if you have the tendency to take hot showers, then you could really disturb the acid and oil distribution in your skin.

That being the case, for people who are more prone to dangerous chemicals or radioactive material due to their line of work, it is considered a norm to shower daily or immediately after work. This further extends to farmers, construction workers and people who tend to have dirty jobs and are exposed to the elements in general. Further to this, for people who partake in strenuous exercise every day and build up a sweat on a daily basis, a daily shower is recommended.

Showering too often, more than once daily could also have other health consequences. If you have long hair and you shower daily or more than once every day, then chances are your hair will remain wet for a substantial period of the day. Even if you don’t have long hair, the increased instances of exposing your scalp to water could increase the chances of developing cold and flu-like symptoms.

Consequences of Not Showering Enough

Similar to showering too often, there are health consequences to simply not showering enough. Though we highlighted the benefits of fewer showers on your skin, your personal hygiene is also something that has to be considered. 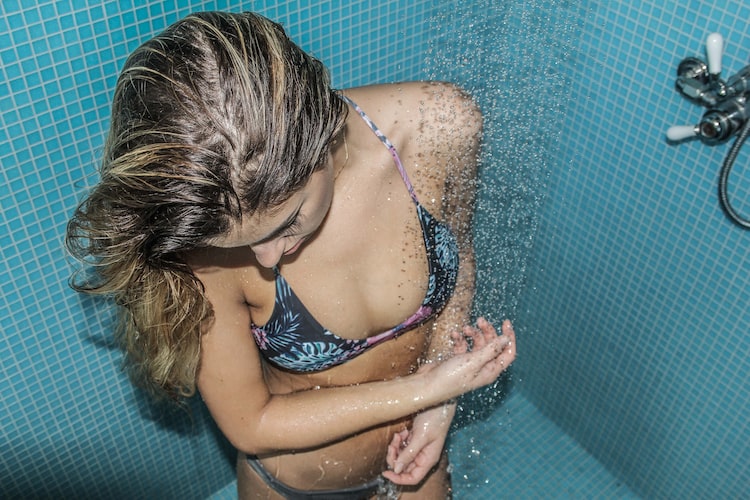 If you build up a sweat, you should shower. That is the rule of thumb that most of us follow. However, what happens if you don’t live a very sweaty lifestyle? Does that mean you can skip out on showers?

As mentioned prior, not bathing enough will cause the build of dead skin cells, which will lead to hyperpigmentation. You could also develop acne as a result of insufficient shower time.

You should ideally be showering every other day and no less than this. On the days that you don’t shower, you should give yourself a gentle sponge bath and wash your face, armpits and groin with a cloth.

Negatives of a Hot Shower

When living in colder countries, a hot shower is the only option. However, there are some clear cut negatives to showering with hot water. 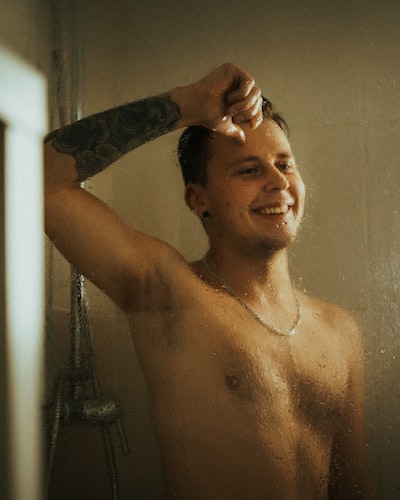 Overall increased blood pressure is too a negative consequence of hot showers. For some people, hot showers can lead to hair loss and hair depletion. It can also cause excessive dryness of hair.

Hence, if you are living in a colder country, use warm water to shower as opposed to hot water. This will prevent the negative attributes of too many hot showers and keep your skin and hair feeling healthy and fresh.

Since you now know how often you should be showering, (daily or every other day) let’s have a look at some of the best practices to incorporate to maintain healthy skin.

If you are accustomed to showering every day, then your body may just be used to it; there is no real reason why you should change this. However, if you suffer from skin dryness and irritation, then you may want to consider showering less often, to check for any possible results. 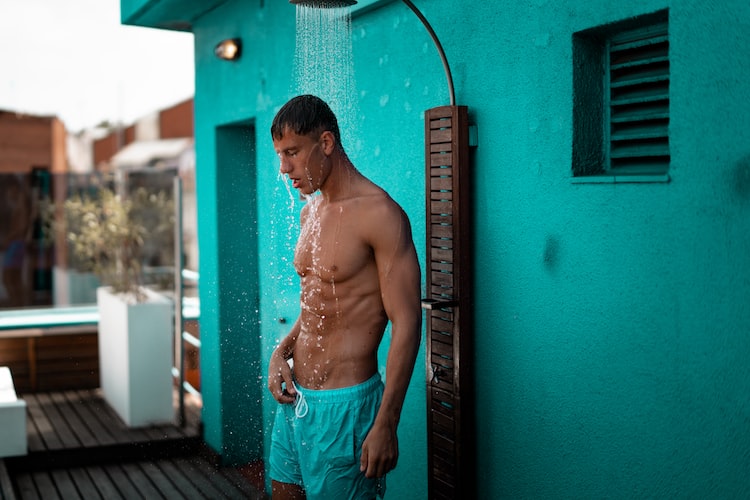 Remember, that a warm shower is always better than a hot shower; your skin will thank you. So remember your skin health when you consider your personal hygiene, stick to one shower a day to help save water and better your skin health and remember, keep your showers short.
Happy Showering!
Category: Health and Fitness
Leave a Reply Cancel reply