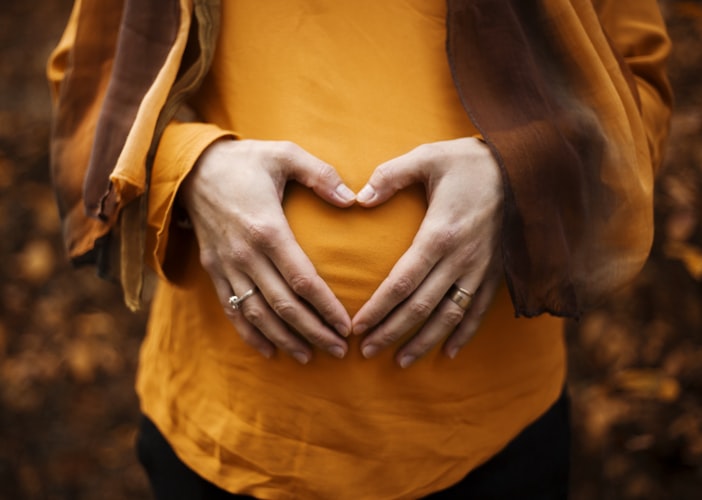 A cup of tea or coffee in the morning is the usual way most people start their days. Caffeine has become a norm in our culture and people consume it a lot. So now that you are expecting, you may be wondering if your caffeine habits are safe for your baby and as to whether you should be consuming caffeine during your pregnancy.

When it comes to caffeine including tea and coffee, the trouble rests on the fact that your baby will not be able to metabolise caffeine. Hence, when you consume too much caffeine, it could cause your baby to have disturbed sleep patterns and could even hamper normal movement patterns in later stages of pregnancy.

Hence, when it comes to caffeine, it is best to simply limit the amount of caffeine that you are consuming and stay within the recommended limits to ensure the safety of your baby.

The Limit on Caffeine

The American Pregnancy Organisation recommends that you limit your caffeine intake to 200 mg of caffeine a day if you are pregnant and expecting. The limit does not only apply to drinks with caffeine. The limit also includes food that contains caffeine such as chocolate.

If you are consuming caffeine during pregnancy, it is recommended that you consult your doctor and speak to him or her about the amounts of caffeine that you are consuming. This way they can direct you accordingly and guide you through a safe pregnancy.

Can I Have Coffee While Pregnant?

You can have a limited amount of coffee while pregnant. So long as you consume below the 200 mg limit of caffeine, drinking coffee during pregnancy is safe. That being the case, you have to ensure to stay within the limit and not consume more than the limited amount.

So how much does 200 mg of caffeine equate to in terms of coffee? It equates to over 10 cups of decaffeinated coffee, which obviously doesn’t contain the same amount of caffeine as regular coffee. When it comes to regular coffee, if it is filtered coffee, you should stick to one small mug (240 ml) a day. If you are consuming instant coffee, you may consume up to two small mugs (240 x 2 = 480 ml) of coffee a day, but it is best to stick to a single cup, just to be safe.

If you are unsure about the amount of caffeine you should be drinking and are worried that you are drinking too much coffee during pregnancy, it is best to speak to your doctor about it. Our article only provides guidance and does not replace the advice and instructions of a well-informed doctor or healthcare professional.

Can I Have Tea While Pregnant?

Tea is milder than coffee and is a weaker source of caffeine in comparison to coffee. As a result of this, you should safely be able to consume two mugs (240 x 2 = 480 ml) of tea each day. This means you would be consuming roughly 150 mg of caffeine every day, which is still within the limits prescribed.

It takes longer for your body to metabolise caffeine during pregnancy. As a result, caffeine is more likely to stay in your bloodstream for a longer period of time. With your baby receiving food and oxygen through the placenta, they are more likely to be on the receiving end of the caffeine in the bloodstream. This is why it is recommended that you limit your caffeine intake to 200 mg of caffeine per day.

Can I have Green Tea While Pregnant?

Though you can consume up to 6 cups of green tea a day, as always, it is best to consult your doctor about your caffeine habits and check with them, especially if you are looking to consume more than 2 cups of green tea every day.

Is it Safe to Drink Soda During Pregnancy?

Soda contains caffeine, sugars and artificial sweeteners. As a result of this, it isn’t considered the healthiest of drinks for your body; for the mother or the baby. However, you can consume a soda once in a while. The caffeine content of soda is usually within the 200 mg caffine limit and one can of soda does not stretch beyond the limit. Hence, on an occasional basis, soda is considered safe during pregnancy.

A can of soda contains about 40 mg of caffeine, which is below the 200 mg caffeine limit. Just so long as you don’t consume any other sources of caffeine on the day, it should be safe. However, if you are consuming two cups of coffee, a can of soda and a bar of chocolate, then obviously, the total amount of caffeine content would be greater than 200 mg, which could be dangerous for your baby.

Drinking one can of soda, once in a while, on a day that you don’t drink coffee is considered safe. However, if you do drink a cup of coffee every day, we do not recommend that you drink a can of soda too, for this could amount to going beyond the 200 mg caffeine limit, bringing about a risk of harm to the baby.

Can You Have a Miscarriage from Caffeine?

That being the case, more recently, findings have led to the conclusion that drinking one cup of coffee or two cups of tea a day is considered safe. It is the amount of caffeine that you drink that correlates to the risk of miscarriage. Drinking small amounts of coffee, such as one (240 ml) mug a day, will not lead to an increased risk of miscarriage.

As many obstetricians do now agree, drinking one cup of coffee won’t increase the risk of miscarriage. The risk is only brought about when you drink more than two cups per day, which usually goes beyond the 200 mg caffeine limit.

Is One Coffee a Day OK When Pregnant?

One cup of coffee which is about 240 ml, whether instant coffee or filtered coffee, is considered safe for consumption. The amount of caffeine is within the 200 mg caffeine limit for pregnant women.

The risk of miscarriage as mentioned is brought about by consuming more than the caffeine limit of 200 mg. A 240 ml serving of instant coffee contains about 100 mg of caffeine, while a 240 ml serving of filtered coffee contains about 140 mg of caffeine. Hence, drinking one 240 ml mug of either instant or filtered coffee is considered perfectly safe during pregnancy.

This is great news if you simply cannot go without some coffee in the morning. Otherwise, you can also replace your caffeine intake with tea. With tea only containing about 75 mg of caffeine in a 240 ml mug, you can quite simply drink two servings of tea every day and stay within the safe limits of caffeine.

Just so long as you stay below the 200 mg caffeine limit, you should be safe.

What Happens if you Drink too Much Caffeine During Pregnancy?

Drinking too much caffeine during pregnancy could increase the risk of miscarriage. If you consume caffeine more than the limited amount of 200 mg of caffeine per day, you run the risk of seriously harming the baby.

There is an increased risk of fetal growth restriction which can result in low birth weight and can even lead to miscarriage. There is plenty of evidence to prove that drinking too much caffeine could cause miscarriage. This is why, as we have repeatedly mentioned within this post, when it comes to caffeine, it is best to speak with your doctor about your drinking habits and get the professional guidance and instructions that you require to ensure the safety of your baby.

Hence, drinking the third cup of coffee runs the risk of miscarriage and stillbirth. It can cause a spike in the mother’s heart rate which can compromise her blood vessels’ efficiency.

Is Eating Too Much Chocolate Bad During Pregnancy?

The limit on caffeine is 200 mg per day. This means, you can safely consume a 100 gram serving of milk or dark chocolate, just so long as the chocolate is the only source of caffeine for your day.

Chocolate is considered perfectly safe in moderation. It is when you start consuming so much chocolate that you get close to the 200 mg upper limit of caffeine, that eating chocolate starts to develop a risk. Further to this, chocolate is high in sugar and can lead to fast weight gain and obesity.

What is important is the combination of caffeine sources. Don’t drink two cups of coffee, a can of soda and a bar of chocolate, for this would amount to exceeding the caffeine limit of 200 mg. Always monitor and measure the amount of caffeine and ensure that you don’t consume more than the recommended amount; to ensure safety.

Consult your doctor and speak to them openly about your caffeine habits. That way, if they feel that you are consuming too much caffeine which runs a risk to the wellbeing of your baby, they will guide and instruct you accordingly.

Remember, caffeine can be safe to consume, however, you have to ensure not to consume more than the recommended limit of 200 mg of caffeine per day.

As always, this is intended to be an informative article and does not replace the opinion of a healthcare professional or a doctor. It is best to consult your healthcare provider and speak to them about your caffeine habits, to ensure that you are in safe hands.

We hope you found this article useful and that reading this word to word has helped you better understand caffeine during pregnancy. Remember, you don’t have to stop consuming caffeine, just monitor the amount and stay within the limits and you should be fine.