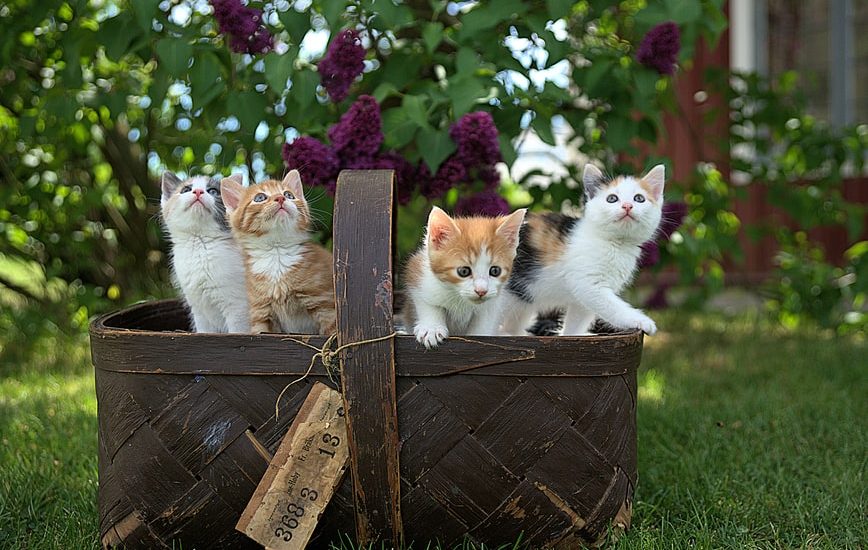 Can Cats Eat Chocolate? Is Chocolate Safe for Cats? (Answered)

Chocolate contains a chemical compound called theobromine which is lethal for cats. The harmless chocolate that you considered a treat is not much of a treat for your cat. Even a few grams can produce a toxic reaction in your cat’s body causing death. Dark chocolate has a higher concentration of theobromine than milk and white chocolate, however, all types of chocolate contain enough theobromine and are all very dangerous for cats.

While enjoying your favourite chocolate, you may have considered giving your feline friend a lick. You may have thought it to be a safe and healthy treat offered to your cat on an occasional basis. You couldn’t be more wrong.

Cats are picky eaters, which means they may not even eat the chocolate if you offer it. However, you as a pet owner should know and we hope you do know that chocolate is a big no-no when it comes to cats.

That being said, there are pet owners who have found that their cats actually love chocolate and leave wrappers of eaten goods all over the place. However, when it comes to the truth of the matter, chocolate isn’t safe for cats and if your cat has been eating chocolate, it is high time you realise the harm this could be doing to your cat and stop it. 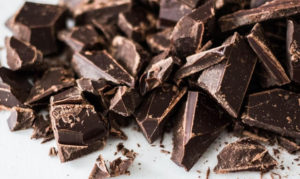 Chocolate isn’t safe for cats to eat. This is because chocolate contains theobromine and caffeine both of which are dangerous in large quantities. Unlike humans, cats cannot break down theobromine and eliminate it. This can stimulate the central nervous system and cardiac system causing havoc on your cat’s internal functioning.

Cats have no problem chewing and swallowing chocolate. Although they are picky eaters, some may even take a liking to chocolate and won’t hassle themselves, gobbling pieces of chocolate. It is your duty as the pet owner to care for your cat and ensure they don’t consume something dangerous. After all, you don’t want to feed them poison.

Chocolate in large quantities is poisonous for cats due to the build-up of theobromine which is considered toxic for cats. It is the toxicity of this compound that makes what seems like a harmless treat to become very dangerous. 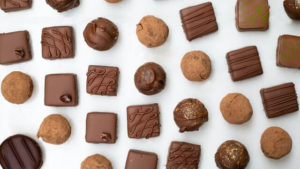 Unlike humans, cats simply cannot process theobromine that is found in chocolate. This causes the build-up of theobromine in your cat’s system, large quantities of which can be fatal for cats.

Oftentimes, cats won’t simply eat the chocolate on their own. What usually happens is pet owners coaxing them to eat the chocolate, thinking it to be a treat for the cat. This is often due to a lack of information and due to the fact that the pet owner didn’t know better.

Cats enjoy yoghurt and milk, hence you may be under the inclination that cats would love chocolate too. Regardless of whether they would love it or not, you shouldn’t be feeding cats chocolate due to the simple reason that they contain compounds that are toxic for cats. That being said, you should also know that though cats may love milk and yoghurt, too much dairy isn’t recommended for cats and can cause digestive distress in many cats that are lactose intolerant.

Almost hard to believe right? But it is completely true! 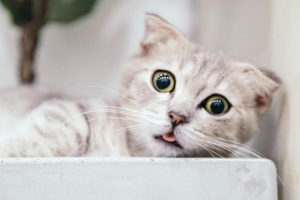 What Happens When Cats Eat Chocolate?

With chocolates being as lethal as they are for cats, what actually could happen if your cat eats some chocolate?

Eating chocolate can cause abnormal heart rhythms. Hence, for those pet owners who watch by as their cats eat chocolates and leave the wrappers for you to collect, know that they are doing a lot of harm to their cardiac system.

Theobromine and caffeine which is found in chocolate will get absorbed in the gastrointestinal tract and will be distributed throughout the body. This can lead to heart problems as mentioned and can seriously damage the central nervous system.

In more serious cases it can cause tremors and seizures due to the levels of toxicity of theobromine found in chocolate. Though this never happens with humans, cats simply cannot eliminate theobromine from their system, which will lead to the build-up of the toxic theobromine and will lead to drastic effects such as seizures over time.

In fact, eating a large quantity of chocolate can be so lethal that it may even cause death. This is why it is so scary to think about this. Your harmless treat could actually be hurting your cat to the point that they could actually die.

While some possibilities of toxicity are fatal, there are minor symptoms of chocolate poisoning such as lethargy, nervousness, excessive thirst and urination.

Chocolate can also cause digestive distress which could lead to symptoms such as vomiting, diarrhoea and nausea. It can cause hyperactivity due to the caffeine content of chocolates and will work to increase blood pressure, which is bad for their cardiac system. 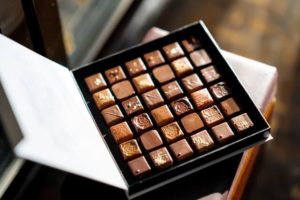 How Much Chocolate is Toxic for Cats?

Even a small quantity such as 0.2 oz can be dangerous for cats. For comparison, the size of a Hershey’s Kisses is 0.16 oz. Hence, even feeding your cat a small amount of chocolate can be dangerous.

Though the degree of toxicity depends on the type of chocolate, with baking chocolate and dark chocolate being the worst, all types of chocolate even in small quantities can be toxic for cats.

The levels of toxicity of theobromine depend on the weight of your cat. Even as little as 20 mg of theobromine per pound of your pet’s weight can cause side effects to emerge, resulting in various health problems.

Hence, for those cat owners who have found empty chocolate wrappers on the often, it is time you realise that chocolate can be a dangerous food for cats and do what you have to in order to protect your cat’s wellbeing.

When it comes to levels of toxicity, even a thin slice of chocolate cake with chocolate frosting could be sufficient to prove toxic for your cat. Hence, do refrain from feeding them that birthday cake.

As a guide, here are the amounts of chocolate that will provide sufficient to be toxic for cats. 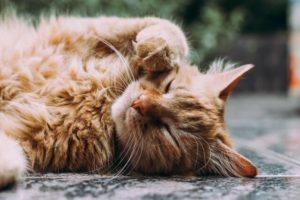 What to do if Your Cat Eats Chocolate?

If it occurs to you that your cat may have eaten a toxic amount of chocolate, do not hesitate, speak to a veterinarian. If you are one of those pet owners who know that their cats eat chocolate and do nothing about it, it is high time you realise the damage this could have on your cat and stop them from eating it. You should stick to regular pet treats which are considered safe.

If the chocolate was consumed within one or two hours, your vet may choose to induce vomiting. Otherwise, they may even administer charcoal. Further to this, they would provide you with medication to control the side effects that may emerge. In serious cases where the poisoning seems lethal, it may require your vet to intubate your cat and your cat may have to be placed on a ventilator and allow for cardiac activity monitoring.

Though a tiny amount of chocolate doesn’t prove fatal and can only lead to minor symptoms, if your cat eats a large quantity, it could lead to a medical emergency. The darker the chocolate the more lethal it would be since it would contain more theobromine. 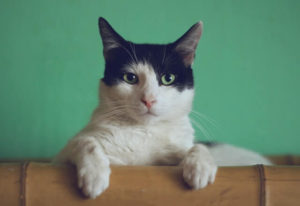 Will a Tiny Bit of Chocolate Hurt my Cat?

A very small amount of chocolate will not prove fatal for cats and may only lead to minor symptoms such as vomiting, nervousness and excessive urination.

That being the case, small amounts of chocolate fed over a course of time could lead to the build of theobromine, leading to increased levels of toxicity. Hence, when it comes to chocolate, it is best to avoid it. Why would you want to feed your cat something that is considered dangerous? Regardless of whether they enjoy it or not, it shouldn’t be something that you do.

Though a tiny amount may not prove fatal for your cat, it isn’t something that is recommended. 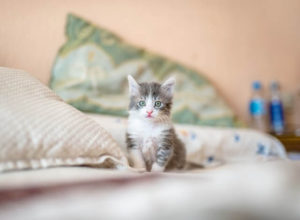 How Long Does it Take for Chocolate to Affect a Cat?

If your cat ate some chocolate, you should start to notice symptoms in the first 2 to 4 hours. However, it could take as long as 24 hours for them to develop symptoms of chocolate poisoning.

The first sign of poisoning would be diarrhoea which is caused due to the build-up of theobromine in your cat’s system.

Though symptoms take 24 hours to show, if your cat eats a large quantity of chocolate, you shouldn’t risk waiting for symptoms to appear. Instead, do consult your veterinarian as soon as possible. They would be able to treat your cat for chocolate poisoning to better safeguard their wellbeing. Remember, large amounts of chocolate are fatal for cats. 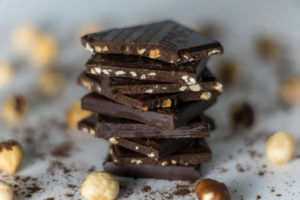 What Type of Chocolate is Bad for Cats?

All types of chocolate are considered bad for cats. The darker the chocolate the more theobromine the chocolate contains, making even a small amount more lethal.

As you may have guessed, this makes dark chocolate one of the worst types of chocolate for your cat. Even a small amount of dark chocolate contains high levels of theobromine, which could prove dangerous.

If you have watched your cat eat chocolate in the past and had not realised how dangerous this can be, it is high time you stop them from eating chocolate and switch them over to a safer pet treat.

There are even products in the market that mimic the sweet treats or chocolate taste which can prove as safe alternatives for instances where you believe that your cat likes chocolate. Otherwise, just stick to regular cat treats and you should be fine.

As a pet owner, it is very important that you are aware of the implications of your simple actions on your cat. If you didn’t know before, we hope you now know the dangers of feeding your cat chocolate.

We hope you found this article insightful and that after reading this word to word, you know all too well that you shouldn’t be feeding your cat chocolate. 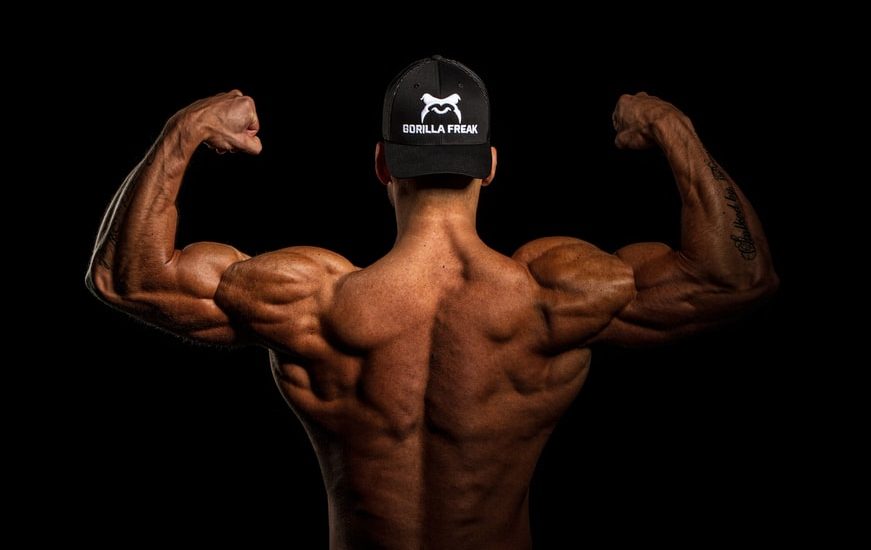 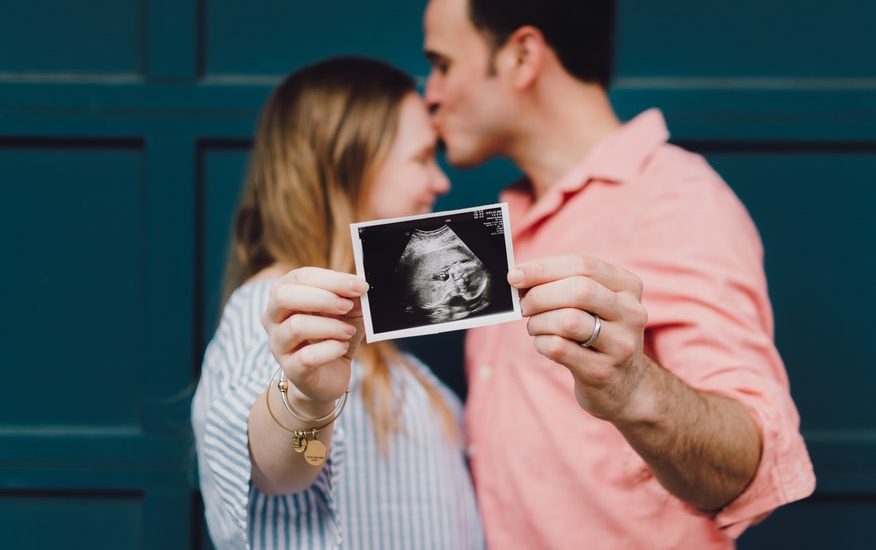 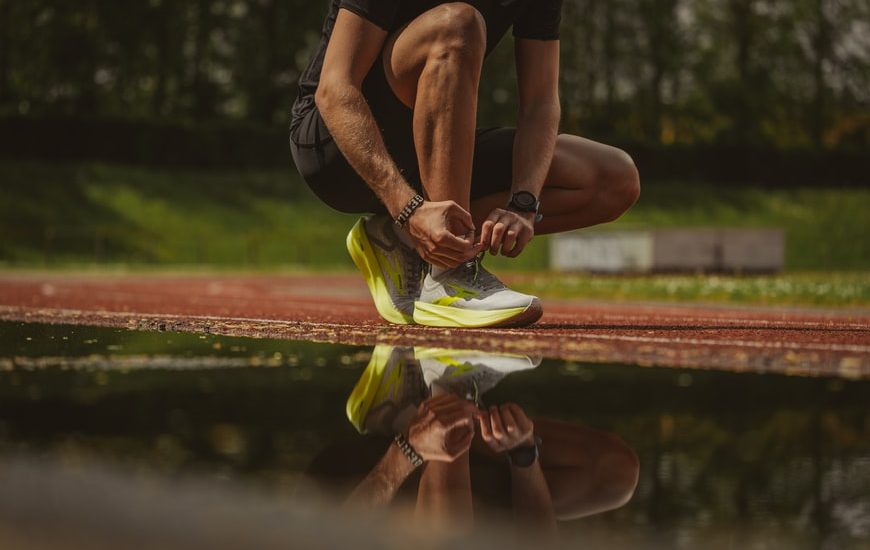 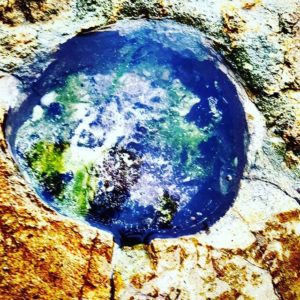