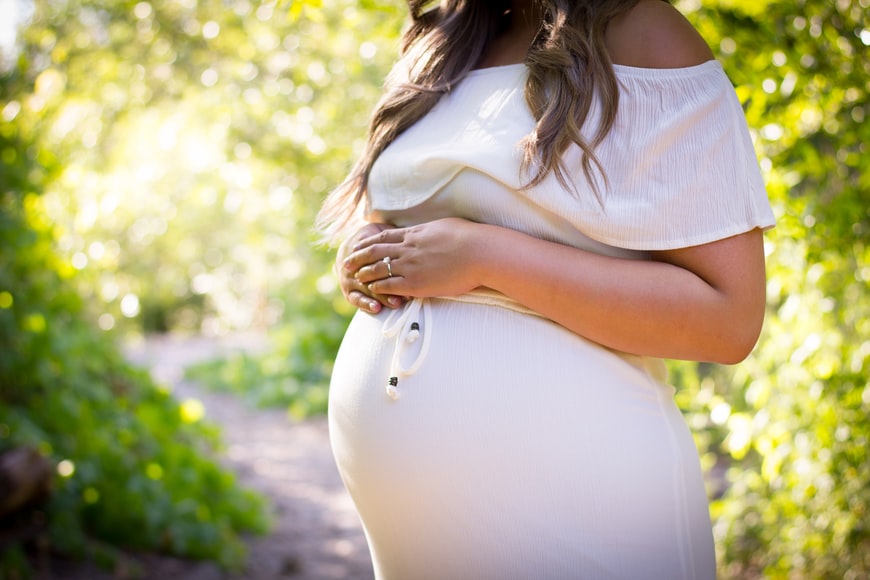 Pregnancy is a beautiful time. However, it is confusing for many first time expecting mothers who simply do not know everything they need to know. Certainly, you have to be extra careful during pregnancy. After all, you are caring for your unborn child. You have to ensure to create the most hospitable and comfortable environment for your unborn baby and ensure that everything you do during your pregnancy is safe and healthy.

Even something as simple as lying on the stomach will bring about many questions to mind. Will the extra weight and force hamper the baby? Will it affect the pregnancy and cause any unwanted symptoms?

Lying on the stomach comes into the equation especially when you sleep. We all have various sleeping positions and some like to sleep on their stomachs. Truth be told, lying on your stomach becomes a less possible reality towards later stages of pregnancy. You simply cannot lay on your stomach due to the fact that your baby hump is simply too big to enable you to do this. The best way to sleep during these stages of pregnancy is on your side.

Is Lying on the Stomach During Pregnancy Safe?

It is generally considered safe for women to sleep on their stomachs during pregnancy. That being the case, it isn’t the most comfortable position to lay in while pregnant. Lying on your stomach could be very uncomfortable and can even cause back and neck pain.

Research has led us to believe that it is safe for women to sleep in whichever position they prefer until around 30 weeks of gestation, which is around 7 months. After this point, your baby hump would get so big that certain resting positions would simply not be a comfortable, practical reality.

Once the bump starts to form, lying on the stomach can be very uncomfortable for many women and is best avoided for safety reasons. It is similar to sleeping on your back and carries the same negative effects. It is best to lay on your side, which is considered the most comfortable for pregnant women.

Lying on the stomach is considered fine while the belly is growing. This means up until weeks 16 to 18, you should be able to lay on your stomach, after which point, it will simply become more uncomfortable and safe to do so.

Is it Safe to Sleep on Stomach During Pregnancy?

Further to the discomfort that you may face, sleeping on your stomach will not be the most comfortable position for your unborn baby either. There will be extra pressure and force being placed on your womb. Hence, it is best to avoid sleeping in the position for safety reasons.

Though sleeping on your stomach is considered fine up until weeks 16 to 18, you most certainly will find it harder to sleep on your stomach once the baby bump is better formed. Further to this, even if you find it comfortable for some absurd reasons, you shouldn’t be doing so for safety reasons.

That being said, once the baby is starting to form and you have crossed the early stages of pregnancy, doctors recommend that you rest or sleep on your side so as to give you and your baby the optimal blood flow. It is also a good idea to use some pillows to get you into the most comfortable position possible.

What If I Wake Up on my Stomach?

Even if you are in the later stages of pregnancy and you find yourself waking up on your stomach, you shouldn’t stress. The amniotic fluid which surrounds your baby works very well to cushion the pressure brought about by resting on the stomach.

The truth of the matter is simple. As you progress in your pregnancy, sleeping or resting on your stomach becomes a less possible reality. It becomes less comfortable and is often not possible for many women to get a good night’s rest when rested on their stomachs.

Regardless, waking up to find yourself on your stomach should not be a reason to worry. Though it is recommended that you avoid sleeping on your stomach during later stages of pregnancy, it still may happen.

Sleep can be important during pregnancy and it is possibly the most sleep you would be getting when compared to the early stages of child nurturing. Hence, don’t stress too much about your sleep position. However, do avoid sleeping on your stomach and try to adjust your sleep position to find a more natural and comfortable sleeping position.

Your Sleep Position During Pregnancy

You would be getting more sleep during pregnancy in comparison to the amount of sleep you would expect to get once the baby is born. Hence, you should make the most of this and sleep as much as possible.

The trouble with sleeping on your stomach is the excess weight that is placed on your belly. Though during the early stages of pregnancy, this excess weight doesn’t hamper or harm, towards later stages, the excessive weight can make things uncomfortable for the baby and the mother. Hence, as mentioned repeatedly within this article, it is best to avoid sleeping on your stomach during the later stages of pregnancy.

Can I Sleep on My Stomach During My Third Trimester?

Even in the third trimester, though lying on the stomach will cause discomfort to the baby, there is no evidence to prove that it has any impact on the fetus. The amniotic fluid works very well to cushion the excess weight placed on the stomach. Though the sleeping position is unlikely to be comfortable, it won’t impact the fetus, even in the third trimester of pregnancy.

We hope after reading this word to word, you have found the answers to the questions you had in mind. Lying on your stomach or even sleeping on your stomach is considered safe for the baby, however, it is not comfortable or recommended for the mother who could experience neck or back pain in the process.

Remember, pregnancy is the time your would be getting the most rest in comparison to after birth. Hence, enjoy this time that you have for yourself and get plenty of sleep.